Why we need to wake up to government overreach

Why we need to wake up to government overreach

Alex Antic is paying a high price to make a serious point.

South Australian Senator Alex Antic was led away by police upon his arrival from Canberra at Adelaide Airport on Friday evening.

Is this the Australia I grew up in? It doesn’t seem like it. 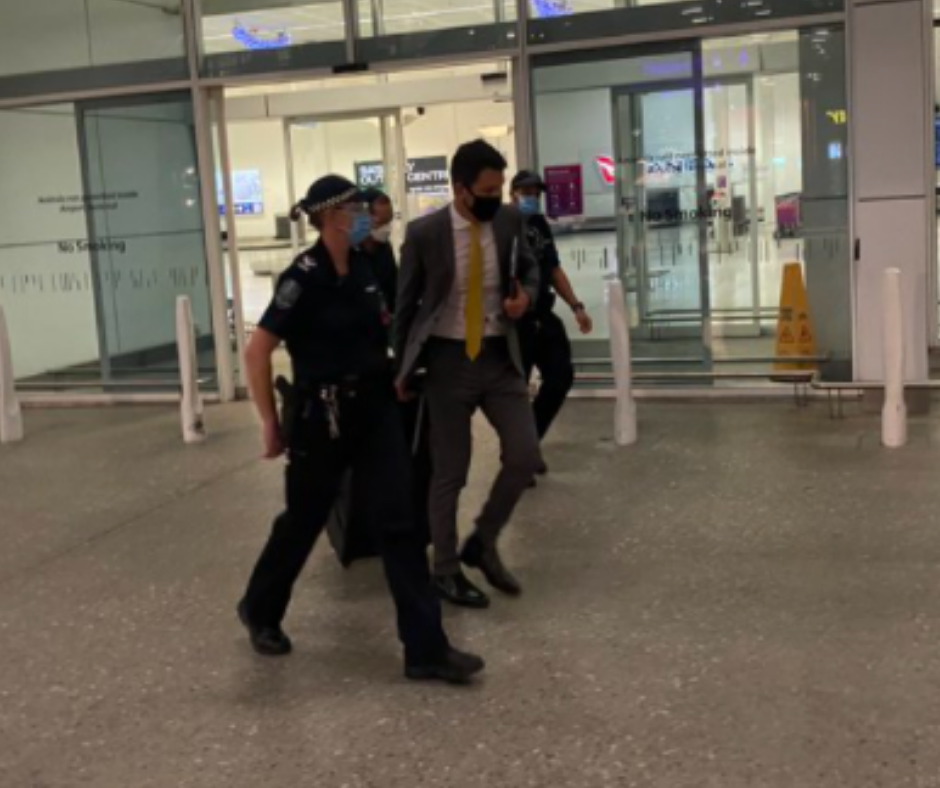 ANTIC IS LED AWAY BY POLICE

Antic's crime, it appears, is his refusal to disclose his Covid vaccination status. He says his health information is private.

He’s not anti-vax but he and some of his parliamentary colleagues are taking a principled and disruptive stand against the creeping coercion of Australia’s Covid response.

At issue is a recent change to South Australia’s health directives requiring returning travellers to provide proof of vaccination or complete 14 days quarantine in a medi hotel.

It seems unnecessary when double dose vaccination in SA is almost 82pc and first dose is 90pc.

After two weeks in Canberra for Parliament, it will now be more than a month before Antic sees his wife and baby. Not many politicians back up their freedom words with action. He's paying a real price and so is his family.

He feels it's a political stitch up after he lodged Freedom of Information requests for SA Government health advice. Was it a coincidence the media were also waiting with the police when he stepped off the plane?

The so-called National Plan said free border movement at 70-80pc but seemingly power-hungry premiers and health bureaucrats keep changing the goal posts without telling us why.

The Senator was given a Covid test at the airport and tested negative.

Surely this should be the approach with any unvaccinated traveller. Put the positive ones in quarantine if there’s a genuine risk to public health and let the others go.

But demonising the unvaccinated seems to be our new national sport – certainly amongst some bureaucrats and politicians. Making an example of an outspoken Senator seems to be their plan.

Too many vaccinated people feel moral superiority over the unvaxxed.

This is dangerous for social cohesion.

To be clear, I think adults should get vaccinated against Covid. 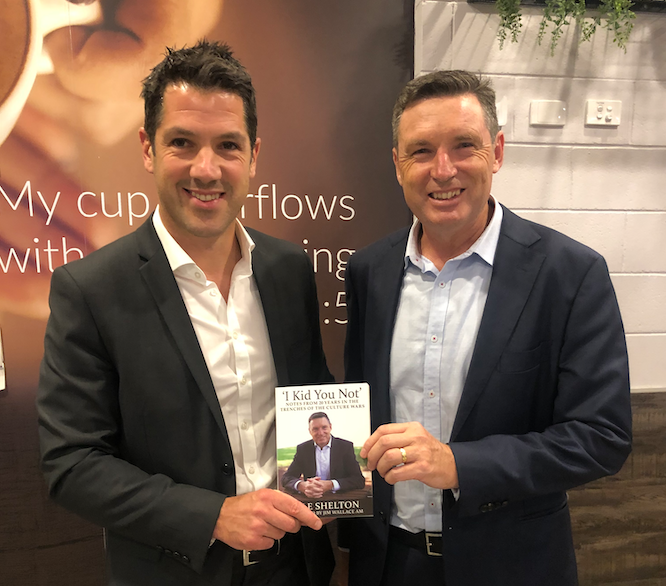 LAUNCHING MY BOOK IN ADELAIDE EARLIER THIS YEAR

Governments should encourage it but not coerce it. But that horse bolted, and many took the jab in the darkest days of lockdown in the hope doing so would get them out.

It makes sense to mandate vaccines for aged care and some health workers, something Antic told Chris Kenny on Sky he agreed.

But vax children? Therapeutic Goods Administration head John Skerritt’s comments today that only 1-in-3000 children might suffer from Covid hardly convinces me that they should be vaccinated.

I’d feel differently if the vaccines stopped transmission rather than merely reduced it.

And this is why mandates make no sense.

Covid is serious but it is not Ebola.

People who for whatever reason choose not to be vaccinated are not a significant risk to vaccinated people. We should stop treating them like lepers.

They are primarily a risk to themselves and others like them.

I don’t like it that some people won’t get vaccinated because they believe conspiracy theories.

I may not agree with those who are hesitant, but I absolutely respect their honest grappling and support their right to choose not to get the jab. They should not be suffering discrimination.

Too many unvaccinated people could swamp our hospital system but we are now nationally at 88 per cent double-dosed.

If our hospital systems can’t cope at these world-beating rates, then state premiers who run them should be hung, drawn and quartered.

But as Antic told Kenny, vaccination policy seems to have morphed into “an exercise in rounding up stragglers”.

I don’t support Antic and Senator Gerard Rennick withholding their votes from Government legislation until the Commonwealth overrides the states on unnecessary vaccine mandates.

Imagine if every politician did that on their pet issue.

Please don’t get me wrong. I do believe freedom is a bigger issue than run-of-the-mill pet issues in Canberra, but I don’t think the tactic warrants it.

Antic, Rennick, Senator Matt Canavan, George Christensen and the assortment of crossbenchers also opposed to mandates are right to be making a fuss.

Freedom matters and most of the premiers and health bureaucrats are having difficulty getting out of our lives now vaccination has been successful.

I’d feel differently if Covid was like Ebola but it’s not.

The big protests we have seen around the country in recent weeks are not comprised of weirdos and conspiracy theorists.

For sure, some are. But there are lots of freaks in Extinction Rebellion but the media never talk about them.

The majority of freedom protestors are ordinary Australians who are rightly concerned with government abuse of power.

They don’t require the so-called anti-fascists of Antifa to mount counterdemonstrations.

I have some sympathy for governments needing to impose restrictions, particularly in the early days of the pandemic.

I was willing to cut them some slack.

But what we’ve seen since is a massive overreaction and disproportionate response which has arguably done more harm than good.

It’s hard to understand health advice, issued by unelected bureaucrats, which stipulates a 14-day period in quarantine for a Covid-free returned traveller.

This is just one of many nonsensical rules imposed during the past two years.

What is even harder to understand is a Senator being led away by police because he declines to disclose his vaccination status.