Your tax dollars at work

A global festival promoting hyper-sexualised homosexuality and gender fluidity to children has been secured with the help of taxpayers’ money.

The Morrison and Berejiklian governments, through Tourism Australia and the NSW Government, joined the likes of Qantas and ANZ in funding the bid for WorldPride 2023 which will be held in Sydney.

Quiet Australians worried about creeping rainbow ideology in their kids’ schools must be scratching their heads. 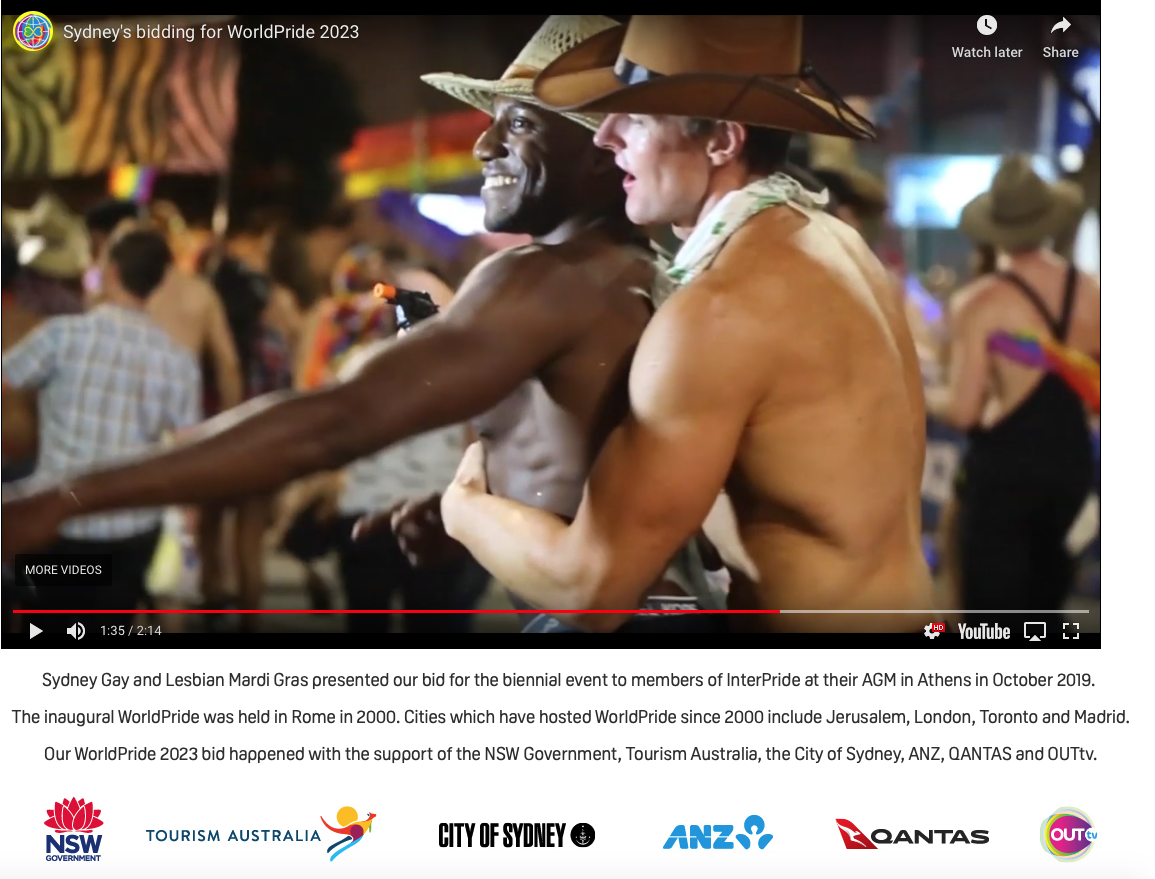 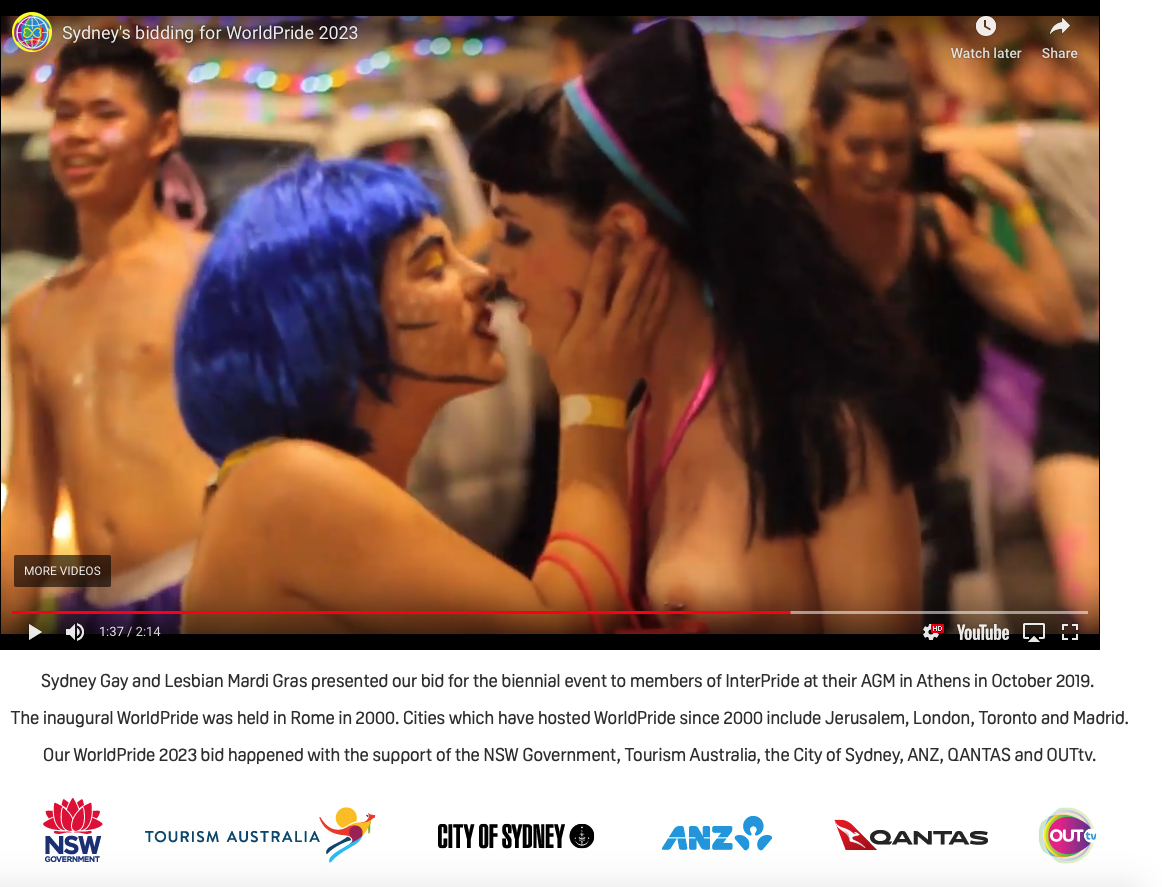 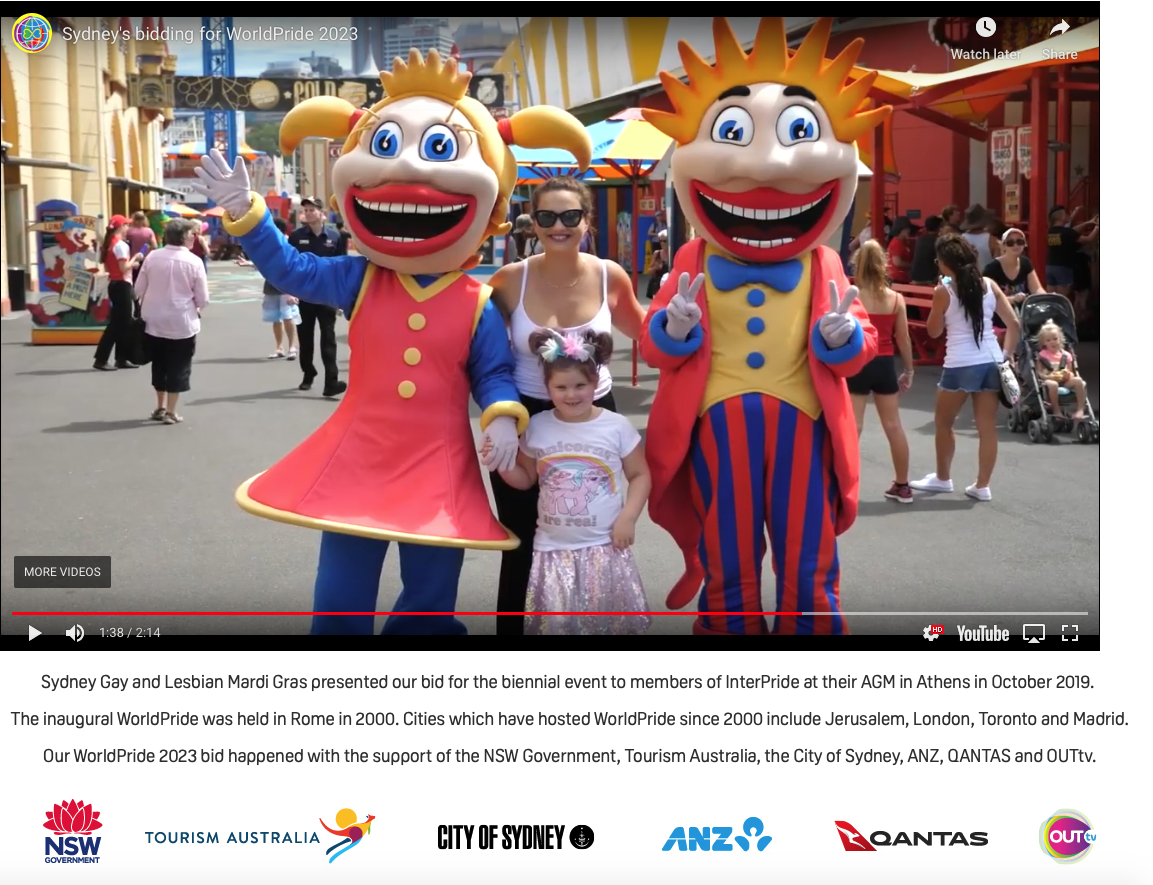 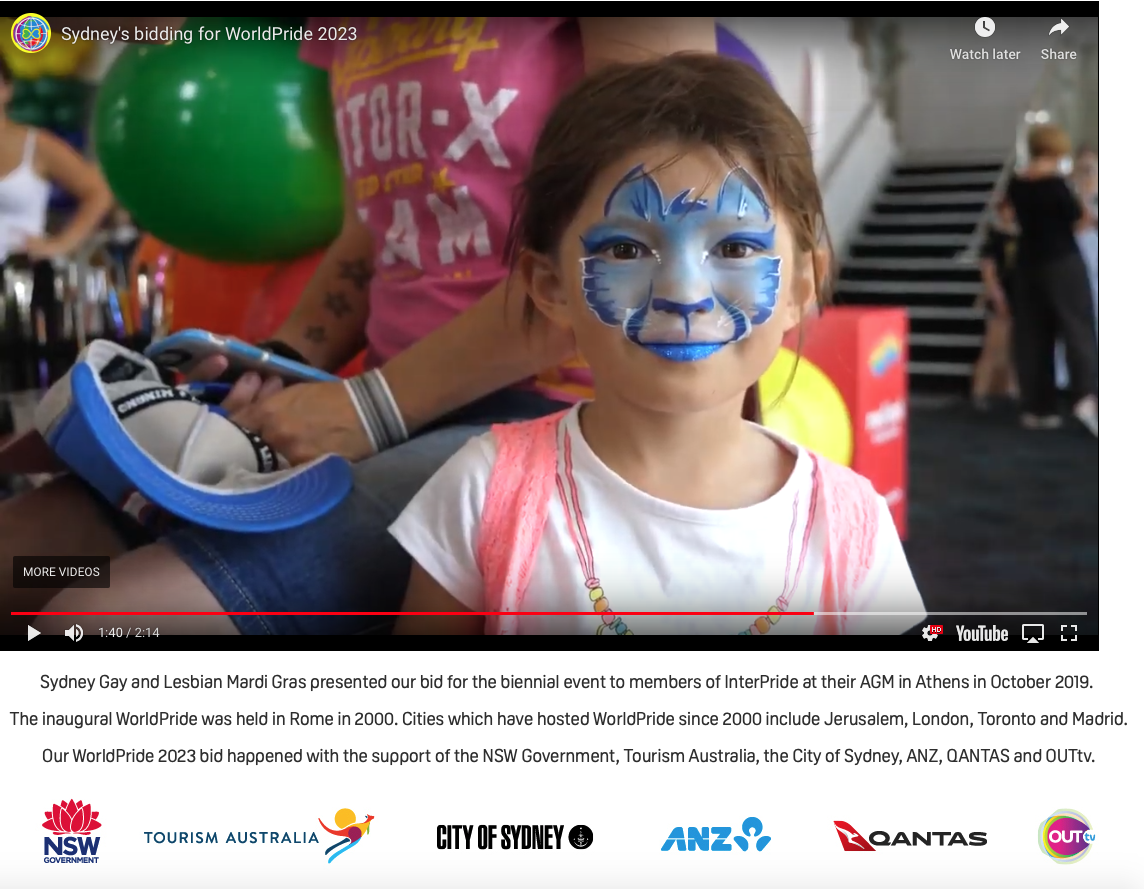 Is it just me, or is there something wrong with this mix?

As it becomes harder and harder for mainstream Australians to push back on the transgender assault on women’s sports, LGBTIQ programs in schools and weaponised speech control, so-called “modern Liberals” continue to champion the politics and festivals of the radical, totalitarian sexual Left.

The NSW Arts Minister, Liberal Don Harwin, said the event would be a “shot in the arm” for tourism.

Maybe, but at what cost to the moral health of society? This was something which the Liberal Party under its founder Sir Robert Menzies once cared about.

At what cost to freedom of speech? Already the rainbow lobby are working overtime to make sure Attorney General Christian Porter's Religious Discrimination Bill does not provide any meaningful protections for people who dissent to their view of the world.

Harwin also said it would be an “inclusive” event.

But I guess that depends on whether or not you are prepared to lie by using the preferred pro-noun of the bearded “lady” reading drag queen story time to the kids.

People are now getting sacked for refusing to have their speech controlled by rainbow diktats, but Harwin and the “modern Liberals” give encouragement to the political activists who want people punished for such “bigotry”.

Another Liberal, Federal Tourism Minister Simon Birmingham, said WorldPride 2023 was an event “not to be missed”.

But again, I guess that depends on whether or not you think kids should be exposed to semi-naked people gyrating in our streets.

The continued positioning of hyper-sexualised homosexual culture as mainstream and child-friendly should worry any parent concerned puberty blockers, cross-sex hormones and a surgeon’s scalpel are going to be recommended to their children by a school counsellor bound by the rainbow ideology-laced Australian Curriculum.

One would have hoped the Liberal Party would be alive to all this before it doled out the quiet Australians’ money to pay for the undermining of their freedoms and way of life.

In fairness, its grass roots are. They continually pass motions at party councils and conventions urging the elected members to resist all this.

Sadly, to no avail.