Despite its concession, the ABC continues to defend indoctrinating children into gender fluid ideology.

You’ve had a win for the innocence of children. It’s a small win that must inspire more.

Yesterday the Christian Democratic Party received a letter from the Managing Director of the ABC conceding it was “inappropriate” for its Kids Community Facebook Page to have linked to the sexualised page of LGBTIQA+ drag queen Shane Jenek, otherwise known as Courtney Act.

You can read David Anderson’s letter below. 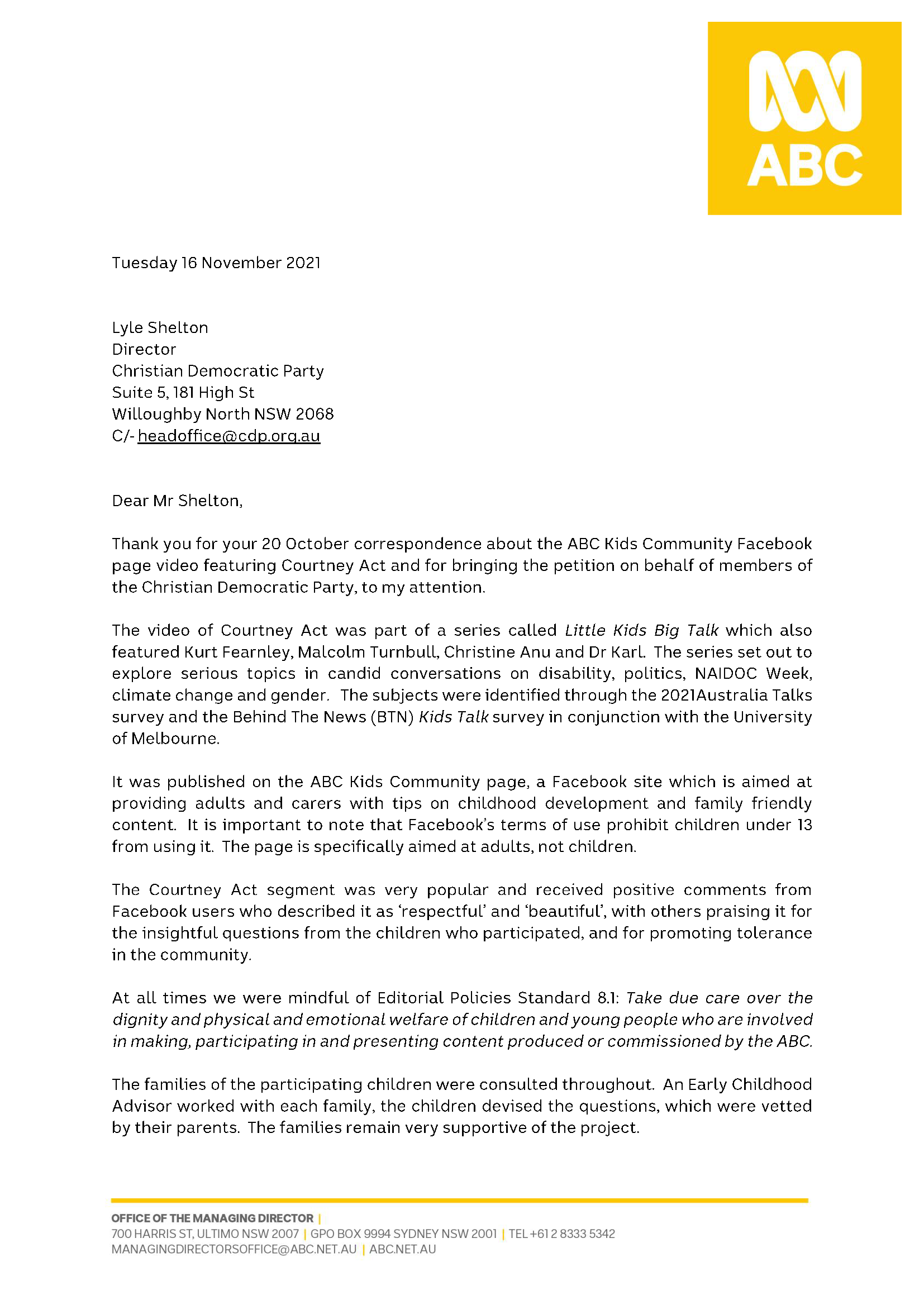 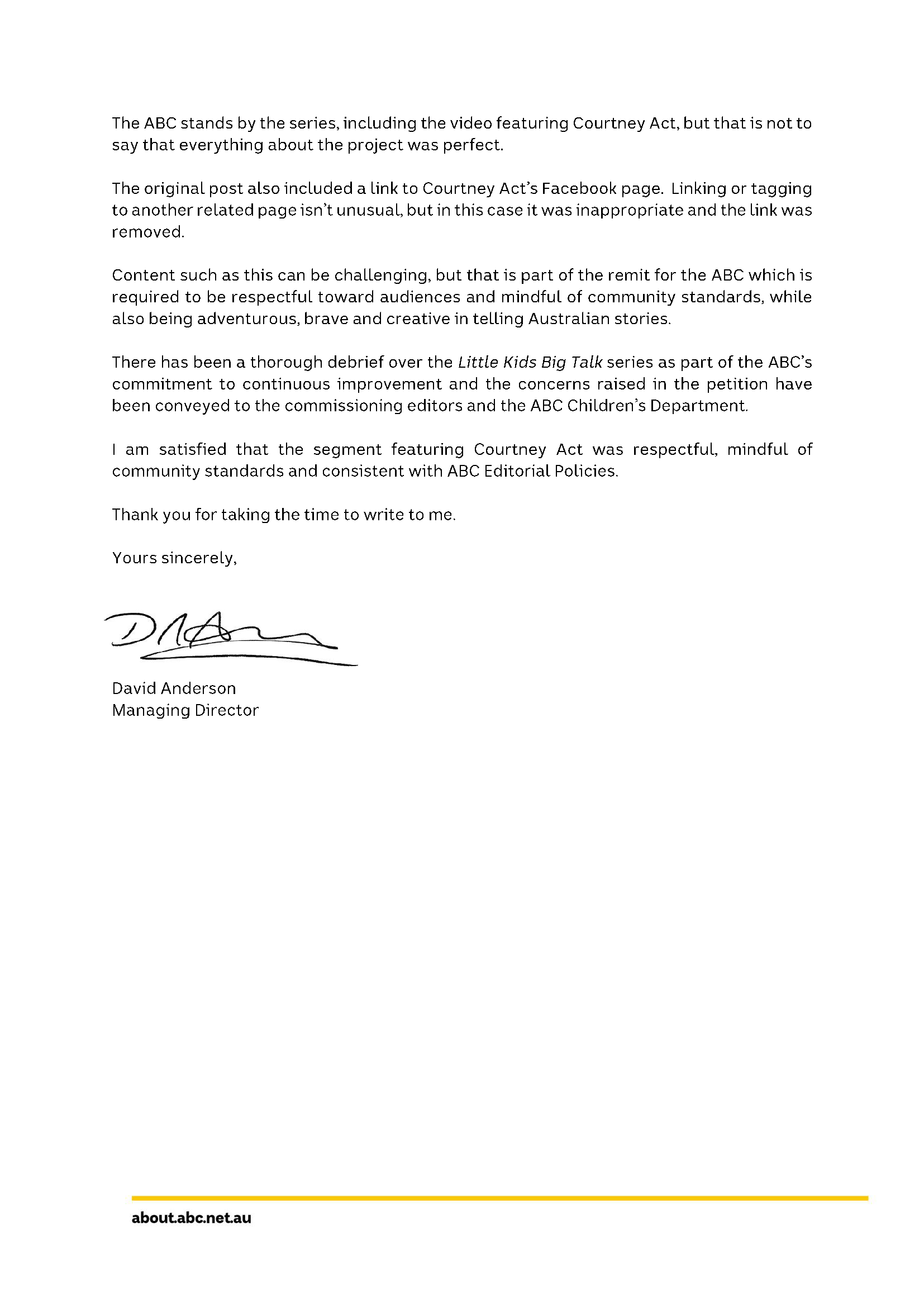 Despite his important concession, Anderson continues to defend the placing of gender fluid LGBTIQA+ drag queen role models in front of children and I have written back to him on behalf of millions of mainstream parents who would disagree. 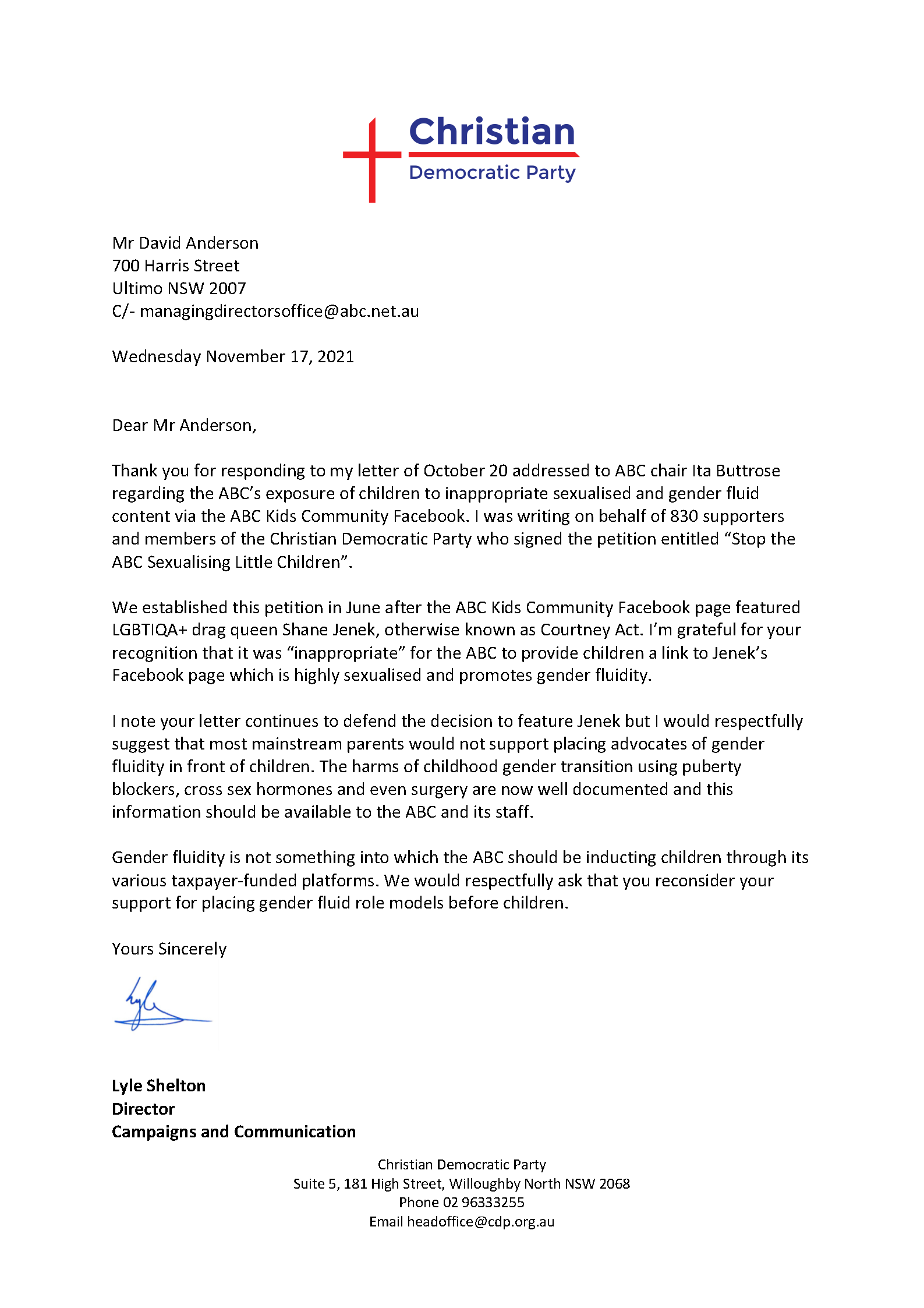 Anderson’s response followed a CDP petition back in June calling on the ABC to stop sexualising little children.

My blog of June 19 revealed that the ABC kids page had placed a link for children taking them directly to Jenek’s personal Facebook page which was full of sexualised and gender fluid LGBTIQA+ images.

Within two days of my blog going live, the ABC quietly removed the link to Jenek’s page.

The CDP nonetheless established petition to send a message to the ABC and it was signed by 820 supporters and members.

On October 20 I closed the petition and wrote to ABC Chair Ita Buttrose, prompting Anderson’s response. 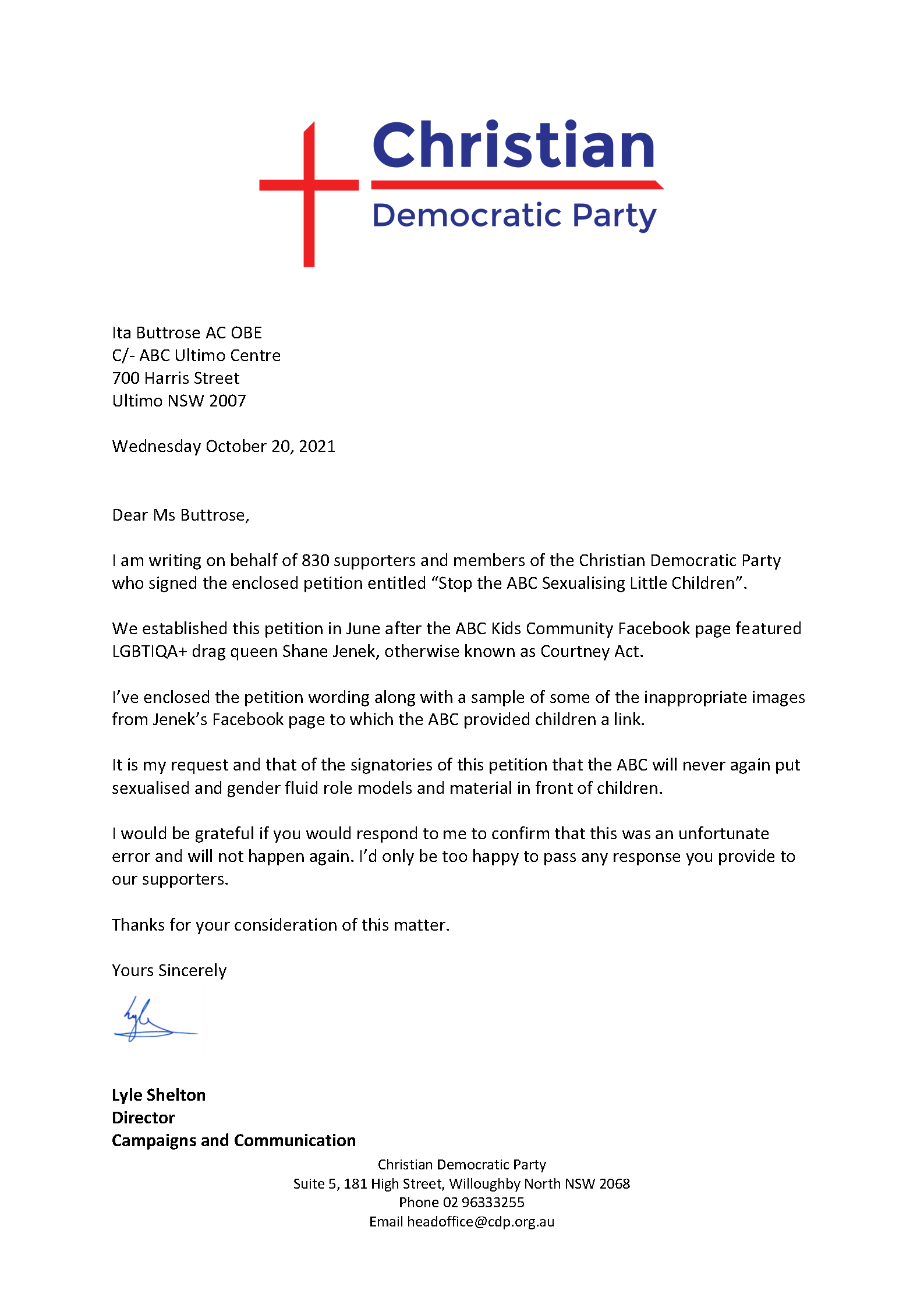 I also filmed this video outside the ABC’s headquarters at Ultimo in Sydney. 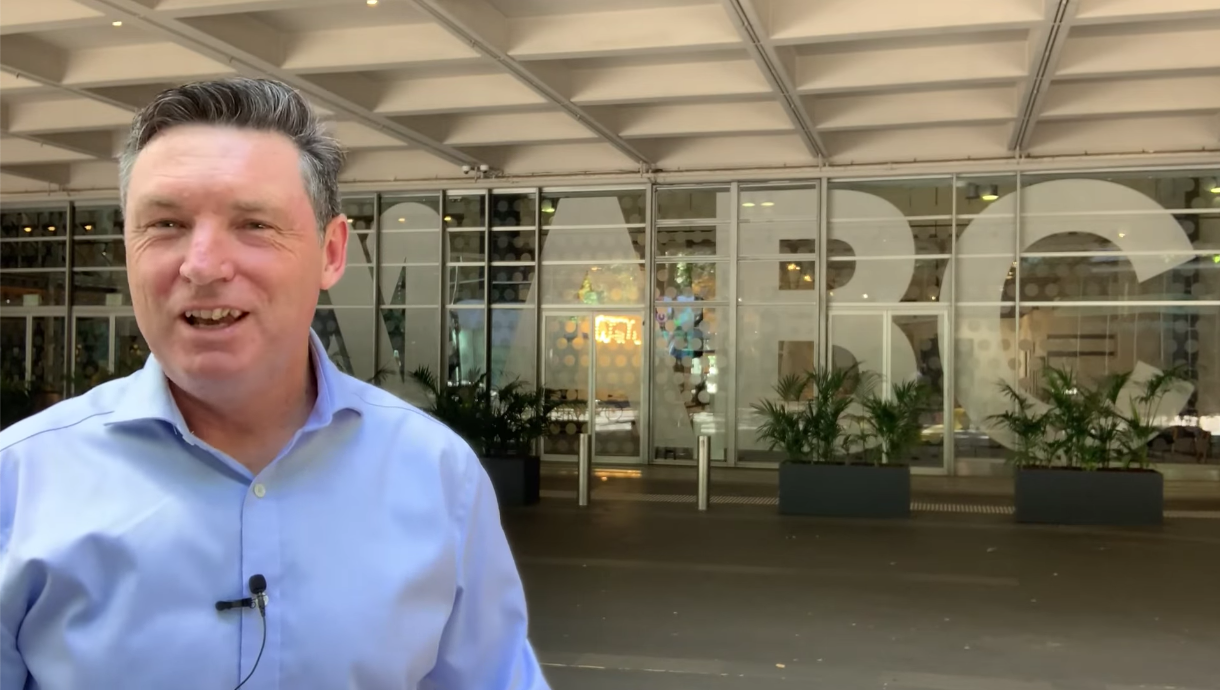 Thanks to everyone who signed the petition and shared my original blog on social media. It is no small thing for the ABC MD to admit that it was “inappropriate” to expose children to Jenek’s sexualised page. This is your win.

The CDP is committed to campaigning at elections for the truth about gender and for preventing children from being harmed by gender fluid ideology.