The taxpayer-funded anti-free speech legal claim against me has been widened.

The two LGBTIQA+ drag queens suing me for blogging about the inappropriateness of drag queen story time for children time in public libraries, have widened their claim.

Johnny Valkyrie, a woman who presents as a man, and Dwayne Hill, a homosexual whose drag name Diamond Good-Rim is a reference to a homosexual sex act, now want the courts to order me to take down another four blog posts.

With the help of their taxpayer-funded lawyers, the LGBT Legal Service, Valkyrie and Hill recently amended their complaint against me in the Queensland Civil and Administrative Tribunal.

As well as $20,000 in compensation from me and an apology, they want a ruling forcing me to take down four more of my blog posts.

Here are all the posts they want the tribunal to censor. 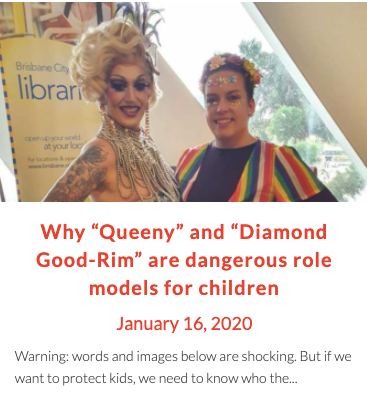 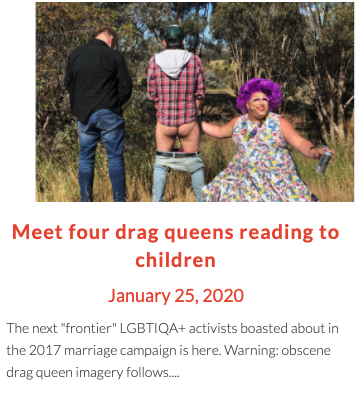 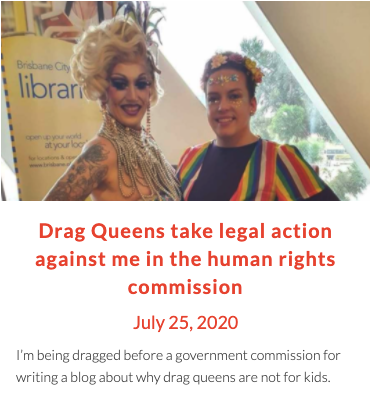 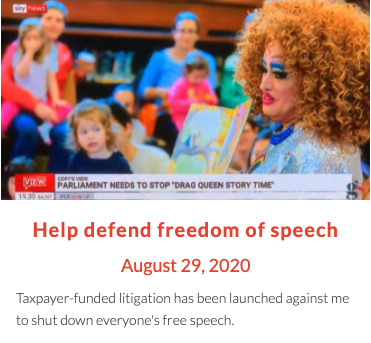 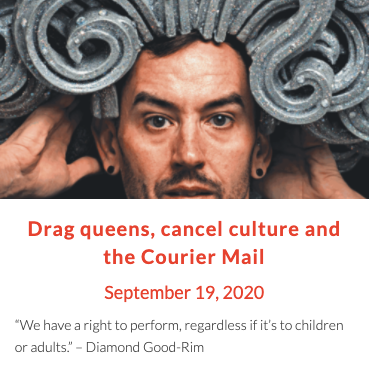 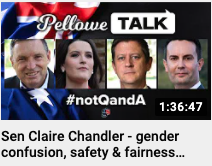 This legal case does not pass the pub test. The average Australian, appraised of all the facts would never stand for this nonsense.

I’m hoping the courts will also see common sense. I have no idea how long this legal case will drag on – it has already been six months and cost tens of thousands of dollars.

No Australian should be forced to go through this for the sake of freedom of speech on important matters of public policy.

We desperately need politicians to act to restore freedom of speech in this nation by amending our anti-discrimination laws so people can’t sue for hurt feelings.