How "baseless" is Trump's claim of electoral fraud?

Just how “baseless” are Trump’s claims of electoral fraud?

“There are anomalies no-one can explain.”

Donald Trump would have won the Presidential election if laws had been followed in crucial swing states, according to a guest on former Deputy Prime Minister John Anderson’s Conversations podcast.

Anderson posted the interview yesterday with Victor David Hansen, a US-based historian and author of The Case For Trump.

“I truly believe that if there had been a fair vote count according to the rules established by the State legislatures, Donald Trump won that election,” Hanson told Anderson.

Far from Trump’s claims of voter fraud being “baseless”, as constantly asserted by the mainstream media, Hanson said “there are anomalies no-one can explain”.

“Why is the Nevada vote (count) still going on when next door Utah declared him (Trump) a clear winner on election night?”

Hanson said similar inexplicable delays also occurred in the other battleground states of Michigan, Wisconsin, Georgia, North Carolina and Pennsylvania but not in neighbouring states.

Trump had significant leads in most of these states on election night only to see questionable mail-in ballots later flood the count and erode Trump’s lead.

“The votes are (now) coming in from big cities to overwhelm the rural small-town pro-Trump votes.”

At the time of writing, Anderson’s interview with Hanson has been viewed 460,000 times on YouTube. 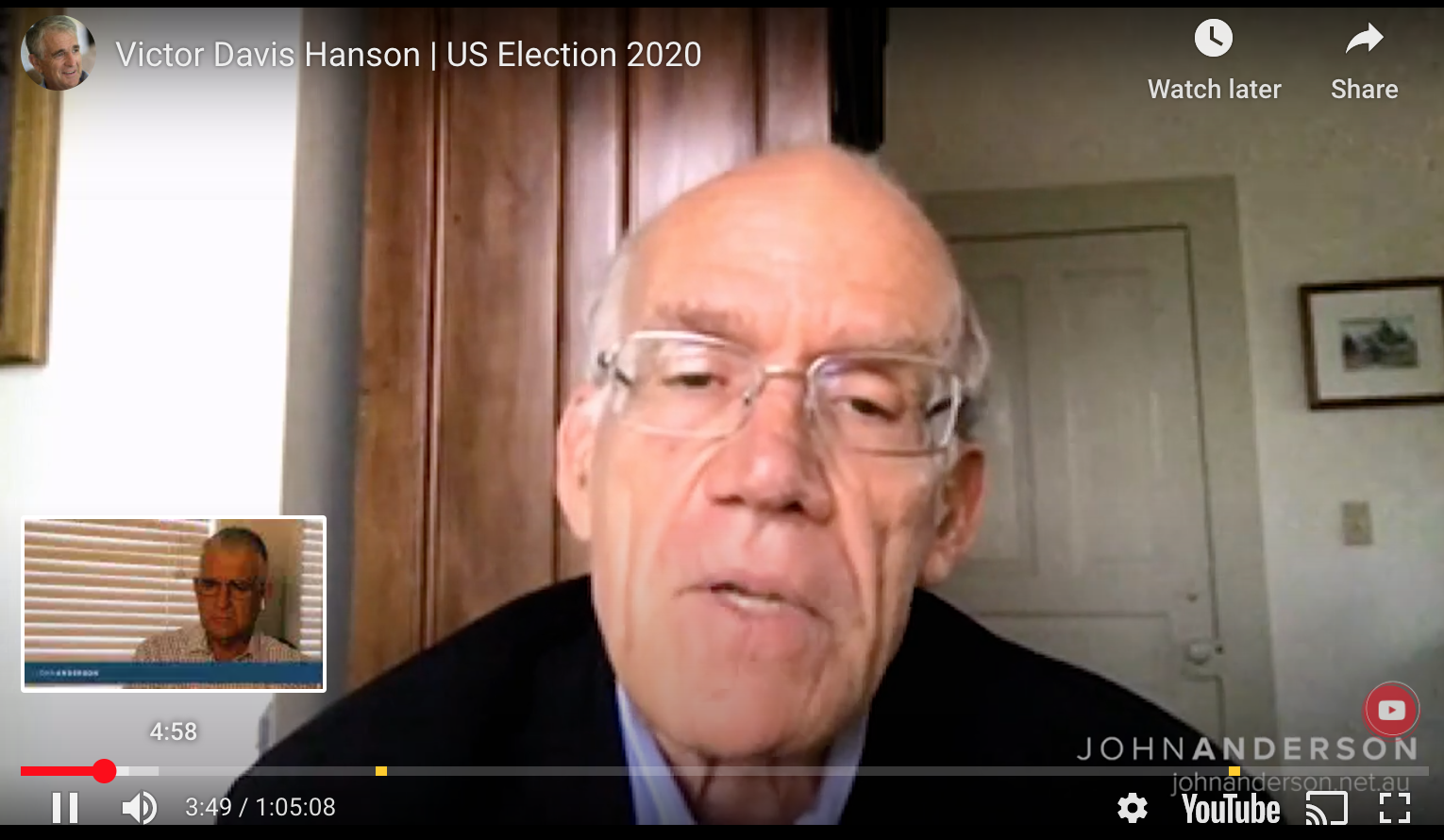 Unlike Australia, which has an independent and non-partisan Australian Electoral Commission, individual states set their own rules and administrative procedures for conducting federal elections.

Hanson said that in the past 20 days governors, election registrars and electoral boards in key Democrat-controlled swing states had suddenly changed many of the election rules.

“They felt that Covid meant that you could extend the days that you were eligible to vote or they said it doesn’t have to be postmarked.”

It may never be known how many votes in Pennsylvania were cast after polls closed because of a court ruling that said mail-in votes without postmarks could be accepted up to three days late.

Hanson told Anderson that where states had gone beyond rules prescribed by their legislatures he believed “all those votes are invalid”.

“That is legally cogent. To invalidate that many votes would overturn the election as it is going now,” Hanson said.

However, conservative constitutional law expert professor John Eastman told the Los Angeles-based Larry Elder Show he did not think the US Supreme Court would have the appetite to overturn the election.

Trump’s lawyer and former Mayor of New York City, Rudy Giuliani (pictured below), is lodging several legal cases to try and have the result overturned. 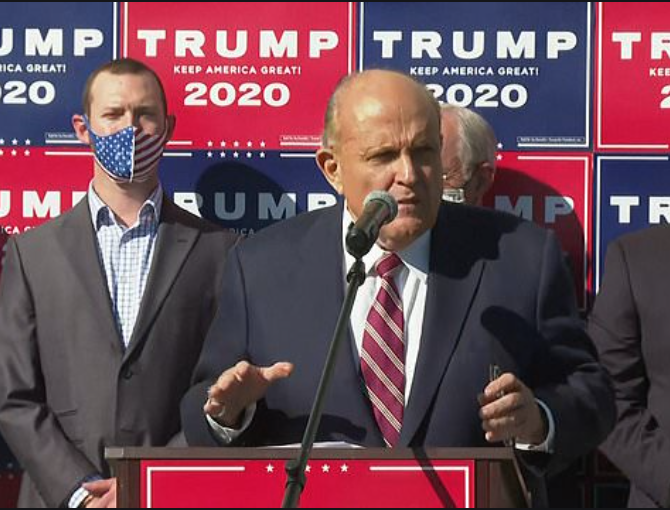 At a media conference in Philadelphia yesterday, he said Republican scrutineers, or poll watchers as they are called, were barred from observing the counting of mail-in ballots in several key states.

Anyone who thinks there is no substance to the Trump campaign’s fears the election might have been stolen should read the transcript.

Giuliani claimed that in one case in Pittsburgh, Pennsylvania, around 300,000 mail-in ballots were opened and counted as Trump’s scrutineers were barred from watching.

“And we have no way of knowing, because we were deprived of the right to inspect, if a single one of those ballots is legitimate. That is unheard of. It’s illegal, it’s unconstitutional, and we will be bringing and action, challenging that.”

“Some of the leads (were) looking almost mathematically impossible to undo with five percent, 10pc, 20pc of the vote” left to be counted.

Anderson said these wealthy elites were “anti-democratic” yet it was the people in the poorer US states who were now voting Republican.

“The wealthy, the media, and much of the academy and big tech form a very, very wealthy and very influential block in America and – there is no other way to put it, it is certainly true in my country - they are so often essentially not interested in democracy because they know better.

Despite his view that Trump won the election, Hanson did not believe he would stay in the White House.

“I don’t think he is going to be President because I think the forces arrayed right now are against him.”