It has now emerged that Premier Annastacia Palaszczuk ordered her deputy Jackie Trad not to hold a party to celebrate the killing of unborn babies.

Raising a glass to the killing of unborn babies

But the “party with Jackie Trad” to mark the first birthday of her abortion-to-birth laws went ahead last night anyway at a trendy West End bar, according to today’s Courier Mail. 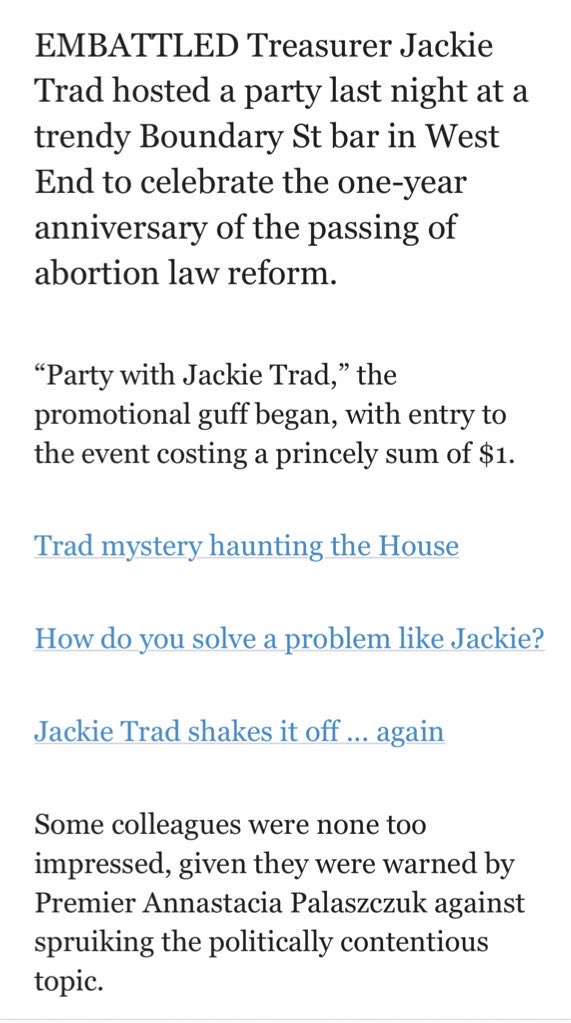 Trad’s defiance of her boss is further evidence of what has been suspected for years – Trad is in reality the most powerful figure in the government.

She even had fellow foul-mouthed leftist activist, Van Badham, fly in for last night’s party.

The truth is these laws allow men to abandon and coerce women to the non-choice of killing their unborn babies.

They also allow some women to kill their babies against the wishes of fathers who want to provide love and support.

There is no prohibition on sex-selection abortion, which allows unborn baby girls to be weeded out by some ethnic communities.

Trad’s law allows for no pain relief for late-term babies torn limb-from-limb in the womb.

While Trad might have been throwing a birthday party for her abortion laws, thousands of Queensland babies did not make it out of their mother’s wombs to celebrate their birthdays this year. 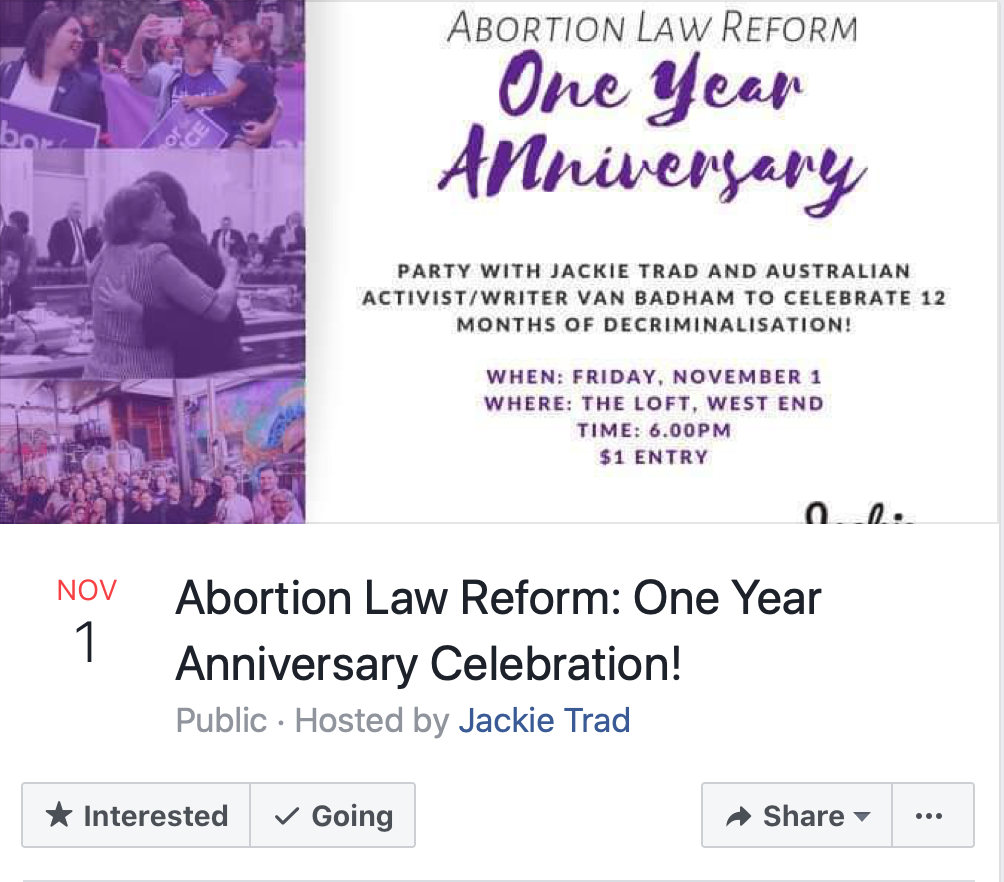