Suffer the little children under Biden and Harris

Suffer the little children under Biden and Harris

The Trump/Pence reprieve is over. It’s going to be a long four years.

With just a few hours until they are inaugurated, Joe Biden and Kamala have already commenced a war on children.

There’s no other way to describe the poisoning and dismembering of live pre-born children.

There’s no other way to describe confusing children about their biological gender.

Biden and Harris have moved to restore the place of abortion in foreign and domestic policy and an advocate of harmful LGBTIQA+ gender fluid ideology, Rachel Levine, has been named assistant health secretary. 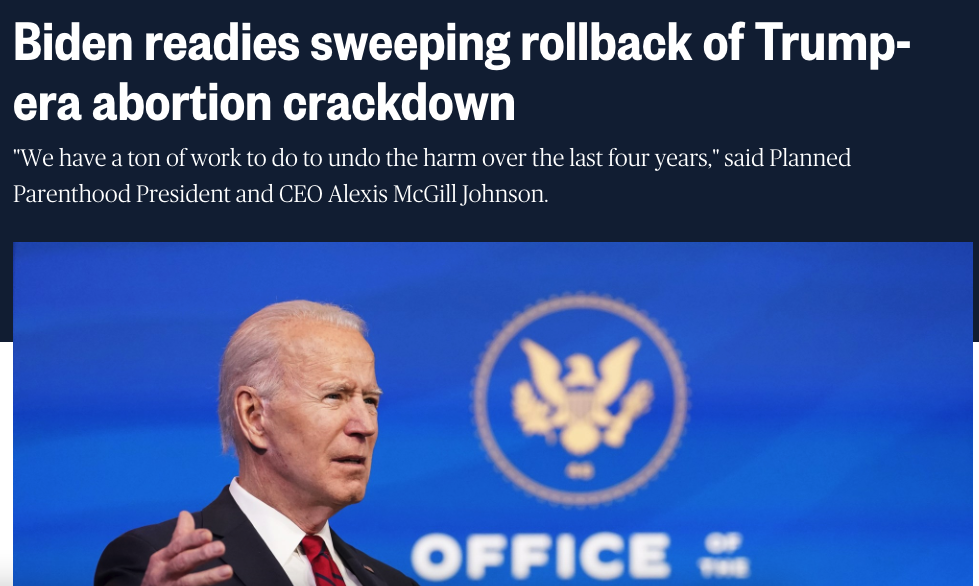 That this is happening at lightning speed shows something of the Biden/Harris administration’s priorities.

And don’t think they won’t trample freedom of speech and religious liberty in their quest to enforce these policies.

The Tech Tyrants have already signalled who they are protecting in the culture wars. And it’s not children.

The Trump/Pence reprieve is over. It’s going to be a long four years.

Trump and Pence both attended the massive annual March for Life in Washington DC.

Trump was the first President to do so and he’ll be the last for at least the next four years.

Pre-born children in poor countries will be earmarked for death with Biden and Harris’s restoration of US taxpayer dollars for abortion, dressed up as foreign aid.

Instead of putting all the focus on improving birthing facilities in developing nations, mothers will be offered the opportunity to have their children poisoned or dismembered in their wombs.

Biden’s appointment of a man presenting as a woman to be assistant health secretary means children in the US will be more aggressively targeted with the lie that gender is fluid.

Concerned parents will be dismissed as “bigots”.

Australia’s ABC was quick out of the blocks to report Rachel Levine's (pictured below) appointment as the first openly transgender administration official to face confirmation by the US Senate. 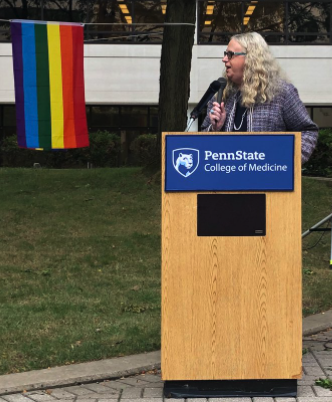 The ABC has said nothing about the UK’s High Court ruling in the Tavistock case which outlined the harms of gender fluid ideology and puberty blocking treatments to children.

The epidemic of children confused about their gender risks becoming a pandemic.

Unlike Australia, which forces all Australians to be complicit through the compulsory Medicare Levy in the killing of the unborn and the harming of their mothers, the Hyde Amendment in the US prevents taxpayer funding of abortion.

Up until 2019, Biden, who is supposedly a devout Catholic, has dropped his opposition to the Hyde Amendment.

Harris has always been an abortion extremist and as Attorney General of California, went after citizen journalist David Daleiden for exposing Planned Parenthood for illegally selling the parts of aborted babies to medical research corporations.

You heard that right. Harris went after the man who exposed the illegality, not the alleged criminal organisation.

Pope Francis’ silence and seeming enthusiasm for Biden begs the question. Is the Pope a Catholic?

Sadly much of the rest of Christendom remains silent as well.

The Biden/Harris administration is likely be the most aggressive left-wing government the West has seen.

Maybe this is what it will take to wake us up.