We’d hate to see what a backdown looks like.

Not much of Rugby Australia boss Raelene Castle’s media conference yesterday made any sense.

“We didn’t back down,” Castle said. 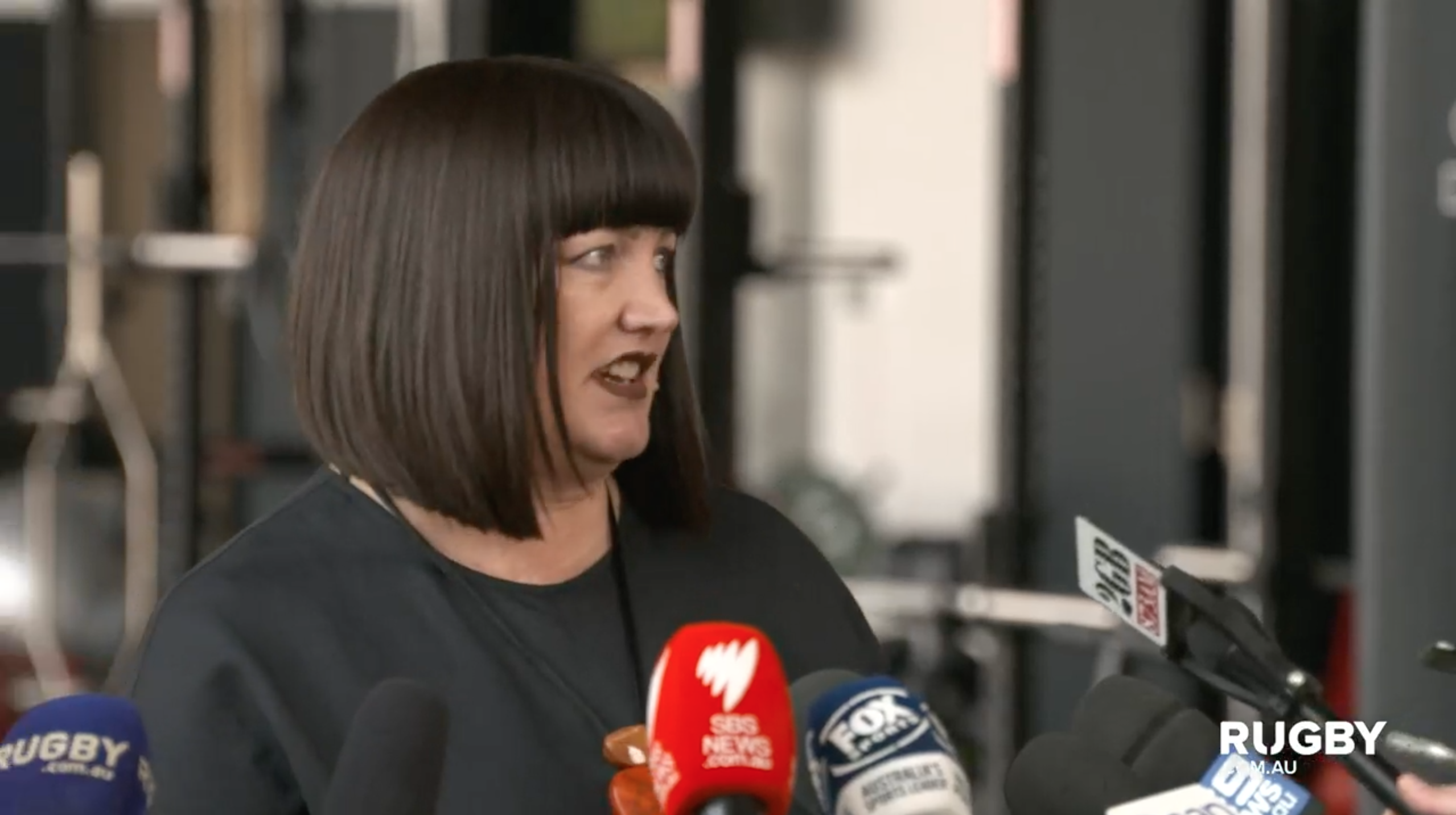 Castle continued: “At the end of the day we stood up for the values of Rugby Australia. The person that chose to breach the code of conduct was found guilty and his contract was ultimately terminated because of that. That stands up and continues to say, 'This is an inclusive sport.'”

If any of this is true, it begs the question: Why then didn’t Castle fight it all the way through the courts and crush that bigot Israel Folau and have him pay RA’s costs?

Castle can’t have it both ways.

If she is so sure RA got it right and that Folau has received his just deserts for being a “homophobic bigot”, then why did she apologise and hand him millions in cash?

Folau was found guilty of nothing.

RA capitulated and has even left the door open for him to play rugby again.

“Never say never,” Castle said.  Although she will do what she can to make it never by beefing up RA contracts to make them “Folau proof”.

She will be on a collision course with the Morrison Government which is about to introduce religious discrimination laws with a “Folau clause” to stop companies like RA ruining someone’s career because they don’t like what they say.

RA has paid a high monetary and reputational price for standing up for its “values of inclusiveness” which really mean excluding people who don’t genuflect to the rainbow flag.

So why did RA climb down from its castle and capitulate?

Maybe, as some have speculated this week, a protracted court case would have resulted in Australia’s most prominent gay political activist, Qantas CEO Alan Joyce, being called to take the stand.

Imagine Joyce being grilled about what pressure he, as RA’s biggest sponsor, put on Castle to sack Folau.

It would be in the public interest to know this.

Folau’s teammates would have been called to testify and say what a great bloke he is.

There was no upside for RA in continuing this through the courts.

Castle’s assertion that she “didn’t get it wrong” is ridiculous.

She has simply avoided further embarrassment to RA by cutting and running.

I was in the audience at the ACL conference in Sydney recently where managing director Martyn Iles interviewed Folau on stage in front of 1600 people.

What a gentleman. He simply wants God to be glorified.

Whether people agree or disagree with this faith (I agree with him), there is not an exclusive or bigoted bone in his body.

The Bible is clear about the consequences of sin, of which homosexual acts are but one of a myriad. We never hear from the drunks, fornicators, adulterers or liars - just the gay political activists.

The Bible is clear. We are all sinners in need of a saviour, Jesus Christ. This has always caused controversy.

No one is forced to accept it and many don’t. But equally most tolerate it. For all of Australia’s history, until now, Christians have been free to propose salvation from sin.

Christians, including me, are sick of disagreement about homosexuality being conflated as “bigotry”.

Militant rainbow activists' real aim is to ban the Bible and the gospel itself because they are a challenge to their agenda.

Surely in a free society, we can tolerate competing world views and let them be argued out robustly, but in civility, for free people to make up their own minds.

Sadly, since the legalisation of same-sex marriage, gay political activists have ramped up their campaign to demonise and stigmatise anyone who declines to celebrate their lifestyle and their increasingly radical political agendas.

They are emboldened because the law is now on their side.

Tolerance by definition does not mean conformity but that’s what gay political activists demand.

It is only by looking through the distorted lens of rainbow glasses that inclusiveness is refracted as exclusion.

In the new rainbow world we have entered people of faith who hold to a Christian moral standard are now no longer tolerated or included.

This is not what Australians voted for when they decided to tolerate same-sex marriage.

We now have a rainbow-striped tiger by the tail which is eating freedom of speech, common sense and truth itself.