With euthanasia activists circling the Premier, we need to take a deeper look

With euthanasia activists circling the Premier, we need to take a deeper look

I cannot forget that the most civilised and enlightened society in Europe, which wiped out six million of my people in the Holocaust, began their program of industrial murder by euthanising vulnerable disabled people thought to be in pain. – Liberal MP Julian Leeser

With activists pressuring NSW Premier Gladys Berejiklian to break her reported promise not to have a euthanasia debate in this term of Parliament, it is worth taking a deeper look at the issue.

One person who has been doing that is Sydney-based Liberal federal MP Julian Leeser.

Tonight he appeared on the Bolt Report with Andrew Bolt reiterating things he said in a speech to the Parliament back on March 18. 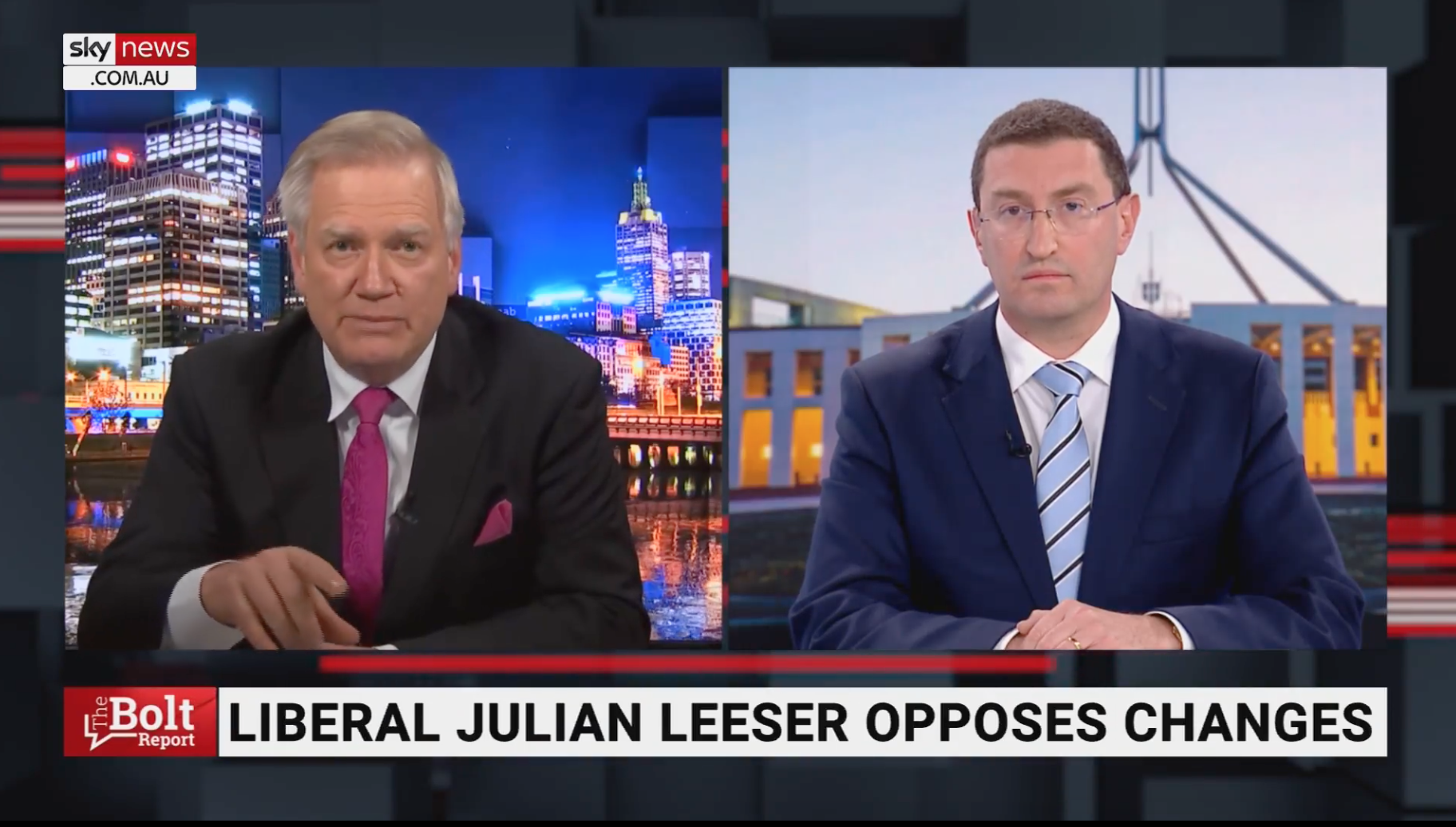 It was a thoughtful contribution and is worth reading in full because the mainstream media, who seem to be all in for assisted suicide, simply don’t report this stuff.

But first some background.

Victoria became the first state to legalise euthanasia in 2017 with the law coming into effect in 2019.

Since then people have been dying in much greater numbers than expected and other state dominos have been falling.

Pressure is even mounting on the federal parliament to overturn the 1997 Andrews Bill which outlawed the world’s first euthanasia laws in the Northern Territory and by extension the Australian Capital Territory’s ability to legislate on the issue.

This was after the ironically named Rights of the Terminally Ill Act (ROTI) saw people who were not terminally ill and were not in pain euthanised.

I write about this in my book, I Kid You Not – Notes from 20 years in the trenches of the Culture Wars where I detail euthanasia advocate Dr Philip Nitschke’s brazen admission that he broke that law in at least one case of him killing a patient.

For the ten years leading up to Victoria’s capitulation, the Greens, often supported by Labor MPs shopped dozens of euthanasia bills around all of Australia’s state and territory parliaments.

Each time they were defeated often after in-depth parliamentary inquiries where politicians could not be convinced euthanasia could be made safe or that it was a better alternative to proper palliative care.

If ever there was an example of the success of legislation by fatigue, it is euthanasia law reform.

The dam has burst and the radical left and the libertarian right have Berejiklian in their sights, believing her government dominated by so-called moderates to be ripe for the picking.

This is why Leeser’s intervention is important and should make people think twice. Here’s what he told Parliament and Bolt.

In Victoria, they predicted there would only be 12 people euthanased in the first year, and yet there were 272 eligible applications and 124 deaths. The youngest was 36. The latest Victorian figures show that in the last six months of 2020, 94 people died from euthanasia. Is this really what we want as a society? And in a state where mental health presentations went up 23 per cent due to COVID, is it good that these laws are on the statute books? And, as each state joins the long march, the laws grow even looser and the access to death becomes easier. Who can ever tell us the safeguards are good enough when the outcome is final?

You simply never hear this stuff in what passes for debate in the mainstream media.

Advocates for euthanasia keep ridiculing the idea of a “slippery slope” but here you can see they keep applying grease.

The Queensland law proposes opening euthanasia up to people who are not in physical pain or terminally ill, but are mentally distressed. Think about that.

When I blogged about this, a prominent euthanasia activist rang me up and asked me to take the post down.

I’ll do that when they remove the proposal to euthanise mentally ill people.

Bolt and Leeser tonight also discussed the woeful funding of palliative care. Where proper end of life health care is available, almost no-one should have to suffer an undignified and painful death.

Bolt told of the hospice care his dying father-in-law received where he was able to linger in comfort surrounded by friends and family who came to say their goodbyes.

But euthanasia advocates want to short circuit that debate in favour of the cheap and nasty lethal jab, pressuring vulnerable people who feel like they are a burden.

Leeser, a Jew, went on in his March 18 speech to Parliament to point out how history’s last great experiment with euthanasia did not turn out well.

The existence of euthanasia law says very much about how we value the lives of vulnerable and elderly people. I cannot forget that the most civilised and enlightened society in Europe, which wiped out six million of my people in the Holocaust, began their program of industrial murder by euthanising vulnerable disabled people thought to be in pain. I cannot in good conscious know this history and say nothing.

Again, you won’t hear this inconvenient truth in the mainstream media.

Good on you Julian for having the courage to speak this out.

We are going to have a fight on our hands to convince Berejiklian to keep her promise.

The radical leftist activist MP, Alex Greenwich, is preparing a euthanasia bill which many expect to be rolled out this year.

Greenwich was one of the leaders of the same-sex marriage campaign and it was his and his campaign’s lies about the consequences of redefining marriage (they said there were none) that got that vote over the line.

The Christian Democratic Party will play its part from inside the Parliament.

We will need your help in raising your voice from the outside.