Christian schools to be forced to violate beliefs on marriage, gender

Christian schools to be forced to violate beliefs on marriage, gender

Christian schools in Victoria are about to lose their ability to be Christian.

The 2017 same-sex marriage campaign, which morphed into the political activist group “Equality Australia”, has convinced the Andrew’s government to ban schools from upholding their Christian ethos.

Laws will be introduced into Parliament his year requiring schools to employ teachers who oppose their parent community’s Christian views on marriage, sexuality and biological gender. 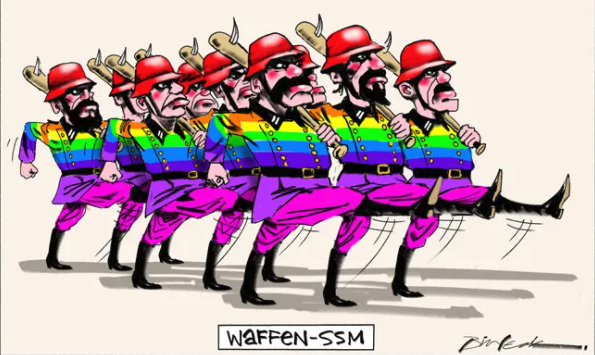 Equality Australia is headed by Anna Brown, one of the leaders of the same-sex marriage campaign.

She now spends her time harassing Christian schools with lawsuits and lobbying governments to force compliance with woke LGBTIQA+ ideology.

During the same-sex marriage campaign myself and others warned there would be consequences for Christian schools, the rights of parents and for freedom of speech and religion.

Brown’s same-sex marriage plebiscite campaign denied this at the time so that they could win the votes of Australians, convincing them the change affected only the “loving couple”.

Christian schools were told during the marriage campaign they would remain free to uphold their Christian beliefs about marriage.

“Once again it seems that people of faith in Victoria are being told what they can and can’t believe, that religious schools can only hold and act on beliefs that the government determines are acceptable,” he said.

The war on Christian schools began almost immediately after the same-sex marriage legislation passed the parliament in December 2017.

Sadly, protections for religious freedom remain the unfinished business of the marriage debate.

In my book, I Kid You Not – notes from 20 years in the trenches of the culture war, I write about how the church did not take the same-sex marriage debate seriously until it was too late.

Now we are reaping a bitter harvest, starting with the forced indoctrination of our children in our own schools.

CSA’s media release is yet another blaring wake-up call to Christians and especially Christian leaders in Australia.

Not content with potentially criminalising ‘prayer-based practices’ earlier this year the Victorian Government has revealed the next stage in its attack on people of faith in Victoria.

In proposals announced this morning Attorney-General Jaclyn Symes will invite Courts and Tribunals to determine, retrospectively, who faith-based organisations including such as Christian schools can employ in different roles within the organisation.

‘The Attorney-General claims that the proposed changes will have “no impact on schools’ ability to convey their religious beliefs to students”,’ he said, ‘but then goes on to say that it is only where a Court or Tribunal consider it “appropriate” that those schools can hire staff based on the person’s belief.’

‘These proposals could fundamentally change the nature of Christian schools’, he said.

‘Why is the Government trying to dictate to a Christian school who it can employ or in what role?’

‘The Attorney-General can choose all her staff on the basis of their political beliefs – why can’t Christian schools simply choose all their staff on their religious beliefs?’

The proposals go on to indicate that the Government is intending to remove the rights of individual people of faith to act on their beliefs when it comes to other attributes protected under the Equal Opportunity Act.

‘This clearly downgrades protections for religious belief to a second class right,’ Mr Spencer said, ‘this is fundamentally inconsistent with international human rights law, the protections in Article 18 of the International Covenant on Civil and Political Rights to which Australia is a signatory.’

‘People of all faiths across Victoria need to be asking the Government questions about what this means for them.’

With the Government previously indicating it will look at reducing protections for free speech by making so called vilification claims easier it really is three strikes against fundamental freedoms for Victorians this year.

‘Lockdowns might only be temporary,’ Mr Spencer said, ‘but the removal of freedoms proposed today will last much longer’.