Could this be the end of Christian schools?

Could this be the end of Christian schools?

“If parental choice is to remain a hallmark of Australian education, then the rights of school communities to operate in accordance with religious beliefs must be upheld,” – Mark Spencer, Christian Schools Australia.

They will not tolerate parents who choose rainbow ideology-free education for their children.

It’s a damning charge and one that will stick in the minds of the unthinking – which sadly is most people these days.

“Sacked for being gay”, blared the headline accusing a Sydney Christian school of human rights abuses. 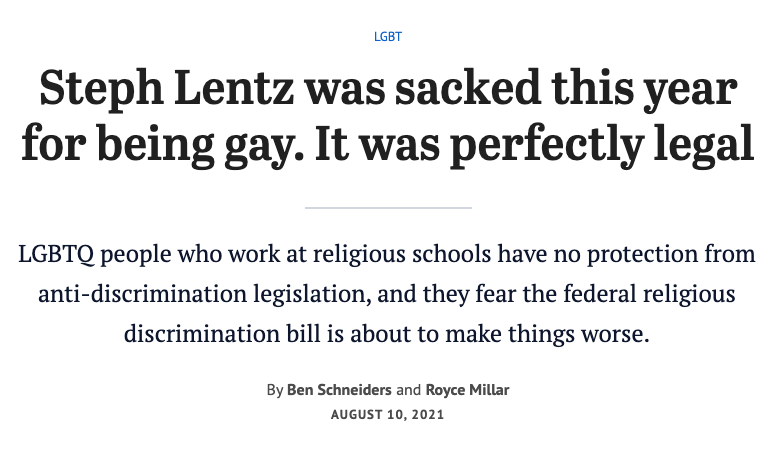 But the conflation with racism is just plain wrong. Anyone with any skin colour can agree to uphold the ethos of a school.

A proponent of any of the LGBTIQA+ political movement’s anti-Christian agenda, from same-sex marriage to taxpayer-funded sex change operations for minors, should expect to be shown the door at any fair-dinkum Christian school.

That’s because he or she (sorry to use bigoted binary pronouns) is at war with the expectations of the parent community who pay the fees.

Sure, Christian schools receive government funding – but that’s because Australia believes in school choice where a proportion of every parents’ taxes follows the child to the school of their choice.

But even the woke left believe in some forms of discrimination.

They don’t expect an advocate of coal-fired electricity to hold down a job as a policy adviser for the Greens political party.

Dismissing such a person is called freedom of association and it used to be central to what was once a pluralistic, tolerant and free society.

A school should not be forced to employ someone who is against its core values.

Parents who send their kids to Christian schools want them to be taught that marriage is between one man and one woman and that gender is binary, as nature and science teach us.

They are right to expect that everyone from the gardener to the maths teacher lives out these values as an example to their children.

The attack on Christian schools flies in the face of the promises the Yes campaign made during the 2017 same-sex marriage plebiscite.

In a Sky News debate with one of the leaders of the Yes campaign, Tony Abbott’s lesbian sister Christine Forster, I warned that Christian schools would lose their freedom to uphold a Christian ethos on marriage.

Forster flat out denied this. Here is the lie she told.

“Religious institutions and schools are free and are protected by our existing legislation and our constitution to teach their beliefs. That will not change because same-sex couples can get married,” Forster said.

You can watch the debate here. 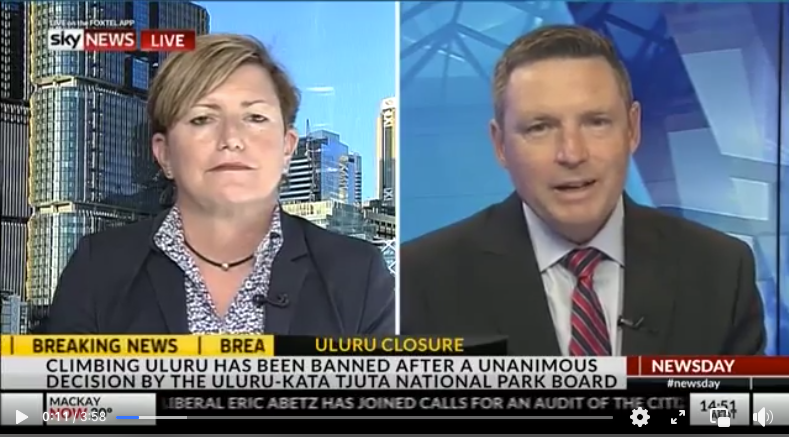 Despite this, the Yes campaign, now rebadged as a standing political campaign named “Equality Australia”, takes up the fight everyday against parents who want a rainbow-ideology-free education for their children.

Christine Forster has never been asked to explain why she said one thing to win votes before same-sex marriage and now why her organisation does the opposite.

Can you imagine a conservative getting a leave pass for such hypocrisy?

Equality Australia, with the help of Liberal MPs, is now working overtime to undermine the Morrison Government’s religious freedom laws.

If freedom of religion can’t be protected under a Liberal government, it has no chance under Labor and the Greens.

Christian Schools Australia Public Policy Director Mark Spencer told Nine newspapers: “If parental choice is to remain a hallmark of Australian education, then the rights of school communities to operate in accordance with religious beliefs must be upheld.”

A teacher or student who does not agree with the ethos of a Christian school has the freedom to find another school, of which there are plenty.

But a parent who doesn’t want their child taught that their gender is fluid has no choice.

Having lied their way to changing the Marriage Act, rainbow activists are hell-bent on snuffing out Christian schools.

Make no mistake, that is where this ends unless Christian leaders find the will and the courage to make a stand.