Meet the women who can save Queensland.

Whether Queensland descends further into a Victorian-style cultural Marxist and economically socialist state will depend on what happens at the October election.

Premier Annastacia Palaszczuk, a likeable aunty-type figure, is sadly under the thumb of her deputy Jackie Trad and Labor’s all-powerful Left Faction.

Trad is cut from the same cloth as the radical Victorian Premier Dan Andrews.

After the shock defection of Right-Faction backbencher Jim Madden this week, Trad is just two caucus votes from knocking off Palaszczuk as Premier and taking over the big office at 1 William Street.

If Labor wins the election, watch this space.

Trad’s record in two terms of government is formidable. She won a protracted battle over four years to pass abortion-to-birth laws, stripping mothers and unborn babies of legal protections.

Against Palaszczuk’s wishes, she held a party at a swank West End bar to celebrate…baby killing.

Children are now taught that their gender is fluid through compulsory programs in all state schools, thanks to the Left’s obsession with rainbow politics.

Knowing the decency of the Palaszczuk family, father Henry was a good primary industries minister under Peter Beattie, it is hard to believe Annastacia is anything other than a reluctant conscript to Trad’s baby killing and gender fluid agendas.

But sadly, Labor is a lost cause for mainstream values. Madden, one of the last social conservatives left in Labor has sold out his principles to join Trad’s Left.

Thankfully the LNP leader Deb Frecklington has vowed to scrap Labor’s transgender programs and declutter the curriculum so kids can get back to basics.

Locked and loaded for what will be a four-year term, Labor has euthanasia and so-called gay conversion therapy laws ready to go.

The latter will put doctors in jail for 18 months if they refuse to prescribe harmful puberty blockers, cross sex hormones or surgery to children confused about their gender.

The only thing stopping Trad is the integrity crisis that has dogged her for the past year over her investment house at Woolloongabba, purchased close to one of the new Cross River Rail stations she was overseeing as a minister.

And in breaking news today, the Crime and Corruption Commission is now investigating her over allegations she improperly interfered in the selection of a principal for a new state school in her electorate.

She is stepping down from her ministerial duties, including as treasurer, pending the outcome.

Having racked up a $90 billion debt pre-Covid-19, Trad had already decided to squib handing down a budget for 2020-21 under the cover of the virus crisis.

Voters are flying blind into this election with massive state debt for their kids to pick up in the decades ahead.

The good news is that grassroots LNP branches have selected a cohort of quality candidates in the crucial seats that must be won to prise the radical leftists from the treasury benches in George Street.

Henry Pike in Redlands is future premier material and faces a tough but winnable battle to unseat Labor’s Kim Richards, who like all of her caucus colleagues voted for Trad’s abortion-to-birth law.

The Courier Mail’s Des Houghton wrote today about the stellar LNP women candidates who have a good chance of helping put Deb Frecklington into the Premier’s office.

Former Channel 10 crime and political reporter Lauren Day decided to throw her hat in the ring in Maiwar after reporting on Labor’s appalling failures in child safety and crime prevention. The young mother’s husband is a cop. 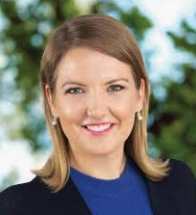 Another former journo running for the LNP is Kirrily Boulton, head of corporate affairs at the Endeavour Foundation where she has a special interest in advocating for the intellectually disabled. Boulton believes she has the support to cause an election upset by defeating Housing and Public Works minister Mick de Brenni in Springwood. 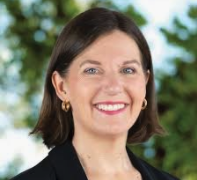 Another most impressive candidate is Janet Wishart, a former pastor with a degree in music and musical therapy who worked in aged care and palliative care. Wishart, whose husband Dugald is general manager of business analysis at Rio Tinto, will contest the seat of Mansfield, which has been won nine times by the conservatives and seven times by the ALP since 1972. 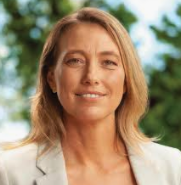 Wishart also has a deep understanding of the disability sector. Her eldest son Caleb has undergone 21 surgeries in 18 years to lengthen his leg.

They would change the dynamic of Parliament for the better.

The LNP must hold all its existing seats plus win nine more to form Government.

The choice is clear – more social engineering and economic misery under Labor or a return to common sense values and economic prosperity under the LNP.