It’s D-Day for freedom in Australia.

Attorney General Christian Porter’s Religious Discrimination Bill is far from perfect but it is needed if Australia is to remain a free and tolerant society.

Without it, it's off to the gulags (metaphorical at this point) for those of us who hold the radical view that marriage is between one man and one woman and that children, wherever possible, deserve the love of their mother and father.

The Morrison Government is rightly trying to provide a shield for people like Hobart Archbishop Julian Porteous who was dragged before an anti-discrimination tribunal for teaching Catholics Catholic teaching on marriage.

It’s hard to believe this even happened in Australia but it did. And the rainbow lobby is furious their ability to intimidate dissenters in the future might be threatened by the Government’s bill.

Religious freedom protections are also needed to protect Christian and Muslim schools from the sort of legal action currently being taken against Ballarat Christian College because a disgruntled teacher does not support the vision for marriage and family expected by the parent community.

Yet these basic and commonsense protections are being viciously fought with a campaign of deceptive straw man arguments by the same-sex marriage campaigners who have morphed into a standing organisation called Equality Australia.

Despite telling Australians there would be “no consequences” to anyone else’s freedoms as a result of “marriage equality”, Equality Australia activists are now doing everything they can to stop Australians with a different view from being able to speak about and live out their views. 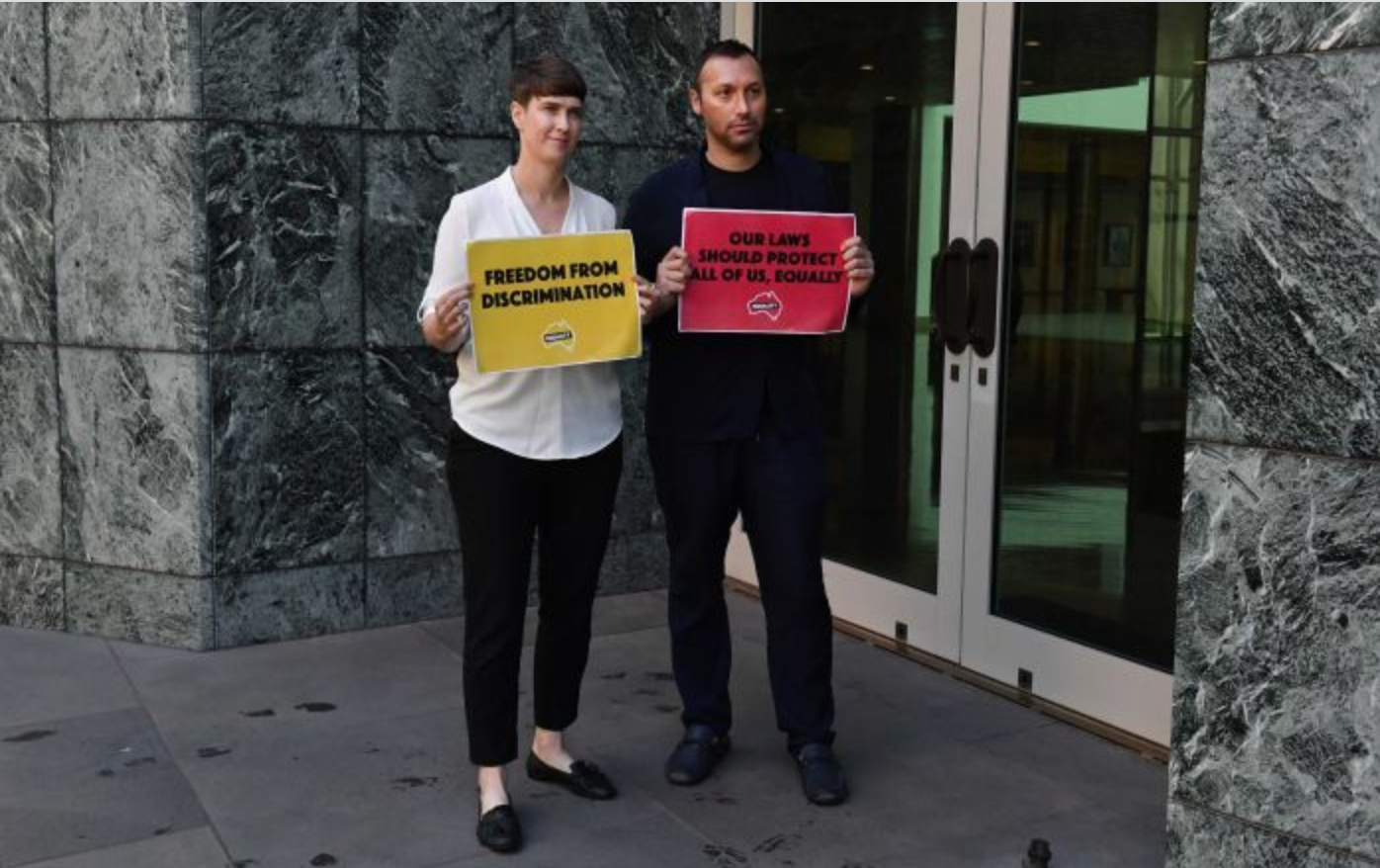 The ugly side of the “love is love” movement is manifesting.

Religious schools and people who teach a religious view of marriage and family, which of course is out of step with the rainbow activists’ deconstructionist view of the world, are the canaries in the coal mine.

Equality is Australia is particularly apoplectic about Porter’s proposal that there be an override of aspects of state-based anti-discrimination laws so that there can be no repeat of the Julian Porteous case.

Surely in a tolerant nation, particularly after being told no-one else’s freedoms would be affected, Equality Australia would allow equality of opportunity for diverse views to co-exist.

But no, they are fighting this tooth and nail with hashtag #dontdivideus. They don't even see the irony.

Celebrity same-sex marriage campaigner Ian Thorpe was back in Canberra this week with Equality Australia’s Anna Brown to make sure politicians don’t allow freedom of speech and freedom of religion.

They want Christian schools to be forced to employ staff who don’t share and who actively work against the ethos parents expect of their schools.

This is crazy. No one would begrudge the Greens political party being free to discriminate positively against mining industry executives when employing staff.

A Christian charity, school or church should be free to select staff who support their mission.

Yet anti-religious animus seeks to force religious organisation to kneel before the rainbow flag.

The rainbow activists walking the halls of Parliament House this week want anyone who declares that marriage is between one man and one woman and that children, wherever possible, should be raised by their natural mother and father to be hauled before an anti-discrimination kangaroo court for bigotry.

What happens over the next few weeks as Porter and Morrison seek to repair the damage done to basic freedoms as a result of the redefinition of marriage in law will determine whether or not Australia remains a free and tolerant nation for people of faith.

In fact, it’s not just people of faith. Almost five million Australians voted no in the marriage plebiscite and they were not all Christians.

Rainbow activists want anyone who quotes the wrong passages of the Bible to be vilified as “homophobes” and barred from earning a living for the rest of their lives.

For a movement that pitched to Australians as fighting for “tolerance” and “diversity”, Equality Australia is ironically intolerant and only supports one view.

This will be a big test for Anthony Albanese and Labor which has been completely captured by the rainbow political lobby.

It will also be a test for the so called “modern Liberals” who in 2017 departed from Menzien values to support the redefinition of marriage and family and the diminution of freedom of speech.