The signs are good that Citipointe Christian College and its parent church, also called Citipointe, will hold the line on Christian teaching on gender and sexual ethics.

Faithful Christians all over the nation are worried that the school and its church denomination, International Network of Churches (INC), might cave under the intense pressure that has followed a confected backlash against the college’s Christian enrolment policy.

This is watershed moment for the church in Australia.

At church in Brisbane yesterday, the principal Brian Mulheran, was given a standing ovation, according to a report in the anti-Christian values Guardian newspaper. 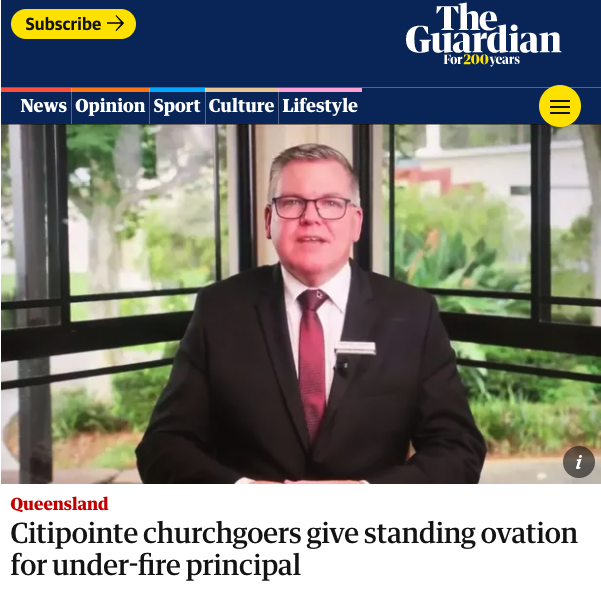 Pastor Mark Ramsay (pictured below) told the congregation, one of the largest in the nation, “I want you to know today that pastor Brian Mulheran is one of the kindest, (most) caring people on planet Earth.” 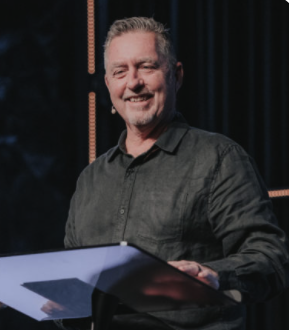 Speaking about the release of the enrolment contracts which sparked the controversy, Ramsay apologised for any “confusion and pain that people felt this week”.

I admire him for this. I wrote last week that the school’s intent was right but the strategy was not well executed, given the current hostile cultural environment.

Ramsay said the College’s statement of faith would be reworded but would be “keeping truth but explaining it better”.

This is fantastic news.

However, we need to be aware that no matter how well we as Christians explain our counter-cultural sexual ethics and scientific beliefs about gender, an elite which has abandoned and is now hostile to the West’s Christian inheritance will viciously attack us.

“Please be assured that the way this is being handled, though you might not understand all of it, is the very best way forward for pastor Brian, our Christian community and our college,” Ramsey said.

“We’ve been asked the question why we would we issue an amendment to the enrolment agreement that says the college will only enrol a student on the basis of gender that corresponds with their biological sex.

I admire Ramsay’s courage and clarity. Science is also on his side.

Modern secularists don’t like to acknowledge that faith and reason are remarkably compatible.

These are early days and the crisis is far from over. But Pastor Mark Ramsay’s stand from the pulpit yesterday and his congregation’s response to pastor Mulheran are good signs.

Many Christian leaders feel worn down by the rainbow political movement’s defamation of Christians as haters and bigots when nothing could be further from the truth.

A disagreement about biological gender and sexual ethics does not equal hate and a desire to discriminate.

Unpicking the false narrative built up by rainbow activists aided by their friends in the mainstream media is difficult, made worse by the church’s silence for so many years as this debate built.

This day was always going to come. Now we must stand strong for the sake of children who will be confused and damaged by LGBTIQA+ ideology.

These events will feed into the debate on religious freedom playing out in Canberra this week as the Morrison Government seeks to further water down protections for Christian schools to be Christian.

Lyle Shelton is Director of Campaigns and Communication for the Christian Democratic Party. He graduated from a Christian school and his four children attended Christian schools. To keep in touch with Lyle's political commentary, sign up here.